DPSS Policies, Training and Education on Use of Force

One prominent organization, the Police Use of Force Project, identifies eight key policies which the researchers believe heavily influence the force used by departments. You may have seen reference to this research trending on social media as #8CantWait.

“The safety of our community is our number one priority,” said Executive Director Eddie L. Washington, Jr. “We believe that strong relationships of mutual trust between public safety professionals and the communities they serve are critical to maintaining safety and security.”

In this light, please see more information on how DPSS policies and procedures stack up to the key areas mentioned in the #8CantWait campaign. 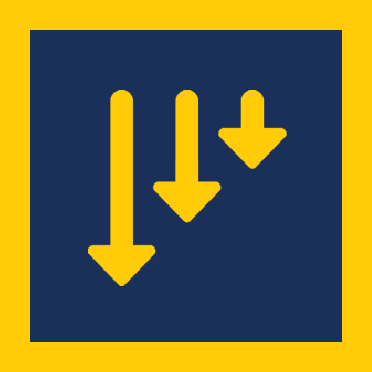 All DPSS police and security officers are trained in verbal de-escalation during the on-boarding process.

The de-escalation training taught to our officers aims to increase the likelihood that an individual will voluntarily comply and minimizes the likelihood of the need to use force during an incident.

DPSS policy requires officers to use de-escalation techniques and other alternatives consistent with their training whenever possible and appropriate before resorting to force. Officers are trained to communicate clearly with subjects and allow time and opportunity for individuals to comply with verbal commands before force is used. 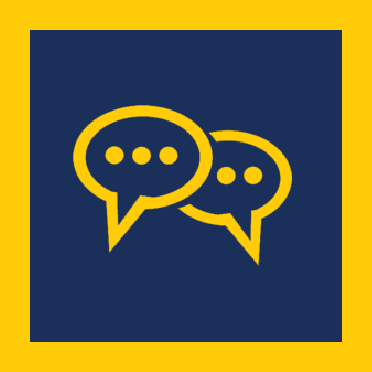 DPSS policy states that all DPSS police and security officers have the duty to intervene to prevent or stop the use of excessive force by another officer when it is safe and reasonable to do so. In addition, State Law requires officers to take action to intervene when witnessing a crime. 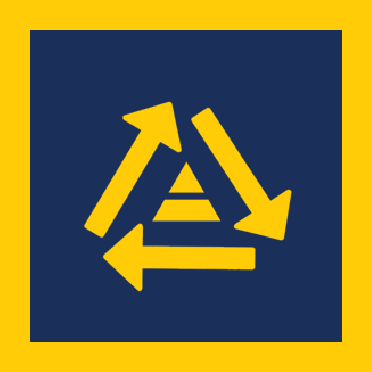 REQUIRE USE OF THE FORCE CONTINUUM

DPSS policy aligns with the use of force continuum established by the Michigan Commission on Law Enforcement Standards (MCOLES) This continuum lays out the actions presented by a subject in incremental levels. It then provides the appropriate response from the officer based upon the level of resistance.

There is no single, universally agreed-upon definition of use of force. The International Association of Chiefs of Police has described use of force as the "amount of effort required by police to compel compliance by an unwilling subject.” Law enforcement officers should use only the amount of force necessary to mitigate an incident, make an arrest, or protect themselves or others from harm. The levels, or continuum, of force police use include basic verbal and physical restraint, less-lethal force, and lethal force.

The DPSS use of force continuum limits the types of force and/or weapons that can be used to respond to specific types of resistance. For example, resistance alone would not authorize the use of lethal or even less-lethal force, such as using a Taser. 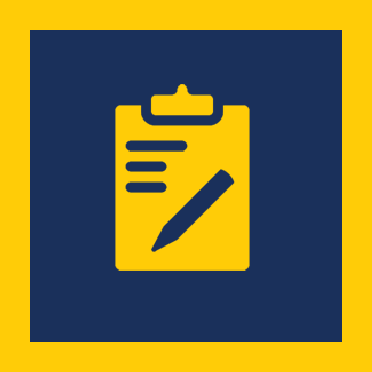 All use of force applications or actions by a sworn police officer will be immediately reported to the officer’s supervisor before the completion of the officer's shift for the following types of incidents:

Similarly, all use of force applications or actions by a non-sworn security officer will be immediately submitted as a written report to the officer’s on-duty supervisor by the end of the shift.

Each use-of-force incident receives a multi-layered assessment to include the shift supervisor, lead use-of-force instructor, and department administration. The data is reviewed annually to identify trends, policy, and training needs.

Michigan Medicine policy states that the decision to initiate restraint or seclusion as an emergency measure can be made by a registered nurse (RN) or privileged provider. 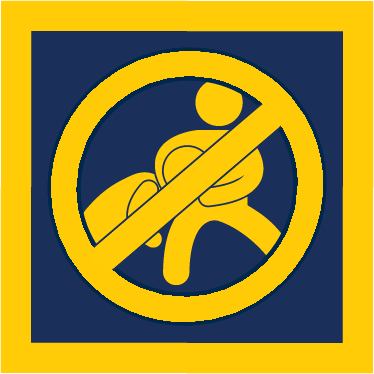 DPSS police and security officers are prohibited from using neck restraints and chokeholds.

The Michigan Law Enforcement Officers Training Council (predecessor to MCOLES) stopped training the vascular neck restraint in the mid-1980s. Since the creation of the U-M Police Department in the early 1990s, neck restraints and chokeholds have never been taught or approved for use as a technique by U-M DPSS or by the police departments on the Flint and Dearborn campuses.

DPSS adheres defensive tactics training which, in conjunction with the use of force continuum, provides police officers with tactics and techniques that use only the minimal force necessary and also places a priority on the safety of the subject and officer. 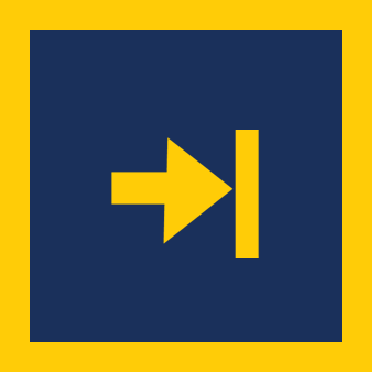 REQUIRE EXHAUSTION OF ALL ALTERNATIVES BEFORE SHOOTING

DPSS police officers carry both firearms and Tasers and are authorized to use force only when it is objectively reasonable in light of the facts and circumstances, and without underlying intent or motivation. Lethal force is only justified if someone's life is at risk as laid out in our Use of Force Policy. Less-lethal force may only be used to address active aggression when lower-level control techniques would not likely be successful. 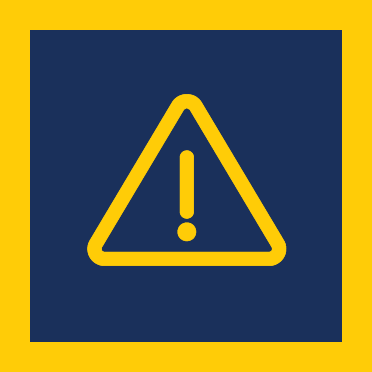 The DPSS verbal de-escalation program teaches police and security officers to provide verbal explanations of the repercussions of someone’s actions. This is also reflected in our policies governing the use of lethal and non-lethal force. DPSS security officers do not carry firearms or Tasers. DPSS police officers carry both firearms and Tasers and are required to identify themselves as law enforcement officers and warn of their intent to use force when possible. 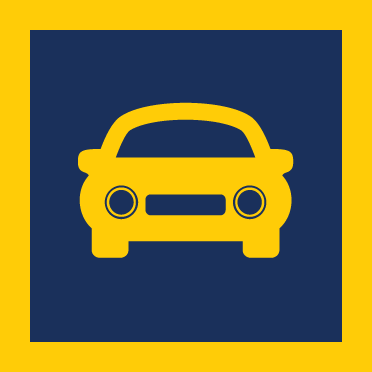 What other things does DPSS do to serve the community equitably? 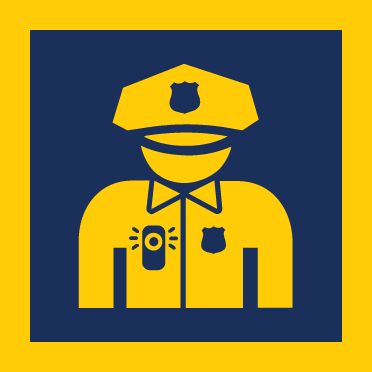 In 2019, DPSS deployed Body Worn Cameras (BWC’s) for all U-M police officers and parking enforcement officers. BWCs serve as an additional tool to increase transparency, build trust and offer an opportunity to document a neutral account of an interaction. DPSS policy requires that uniformed police officers activate their BWC whenever making contact with individuals during the performance of official duties. (There are exceptions for situations that are exceedingly sensitive and private nature). 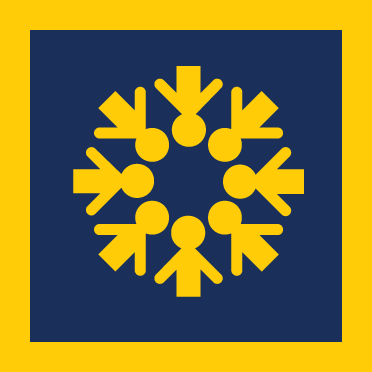 The DPSS Community Engagement Unit partners with students, faculty, staff, patients and visitors to educate and inform about preventing crime and safety hazards on campus by encouraging community members to take a proactive approach to safeguard themselves and others.
Our Community Engagement team aims to: 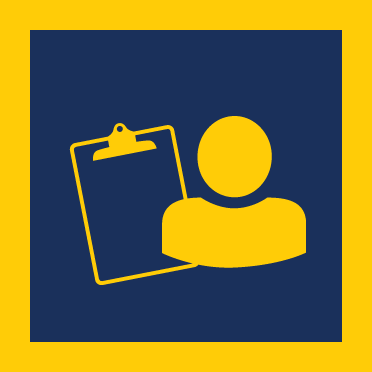 The function of the U-M Police Oversight Committee is to consider grievances by persons against police officers or the U-M Police Department. The Committee may prepare and make recommendations concerning such grievances to the Executive Director of the Division of Public Safety and Security, including recommendations for disciplinary measures against a police officer who was found responsible for misconduct in office. 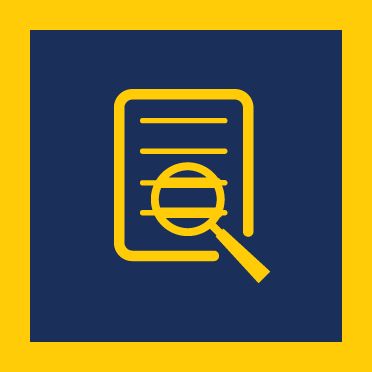 Policy documents, known as Official Orders, provide the operational framework that guide and support many of our decisions and actions. All DPSS employees must adhere to the Official Orders throughout the course of their duties and follow all applicable policies. 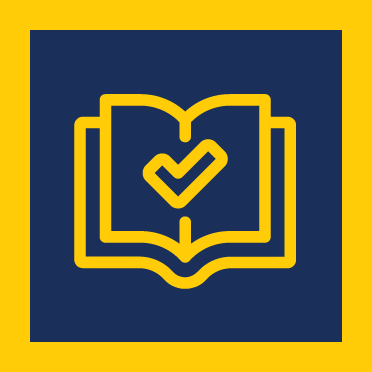 Prevention and education are just as important when it comes to keeping the community safe. That’s why DPSS provides a comprehensive online directory of safety tips, presentations and in-person training programs. These resources are designed to empower the U-M community to take a proactive approach to their own safety. 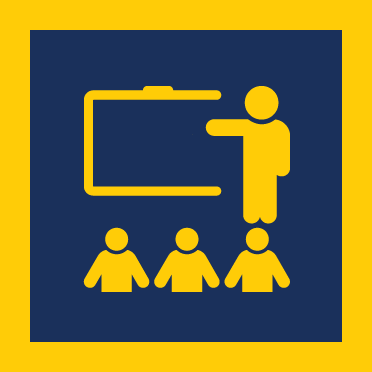 DPSS invests in training programs for staff. In addition to the previously mentioned training on use of force, verbal de-escalation and defensive tactics, DPSS also provides yearly training on a variety of other topics such as implicit bias, autism awareness, mental health awareness, legal update and others.